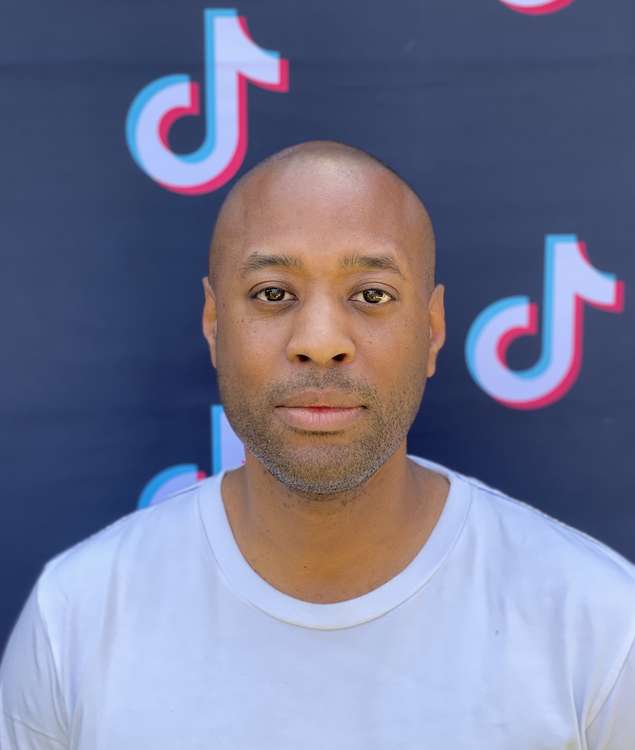 Perhaps the latest social media craze to rock the world, TikTok is now one of the dominant platforms for creators to share original, viral content. Notably, TikTok has become an incredibly popular platform for Black creatives, even spawning entire series of ‘Black TikTok’ compilations. What’s more, TikTok has made notable efforts to support the Black community through content competitions, Black History Month initiatives, and more.

Trevor Johnson is the Head of Marketing for TikTok Europe, overseeing their GBS sales organisation encompassing marketing, brand strategy, industry relations, and TikTok’s creative lab. At the recent Black Tech Fest, Trevor hosted a powerful fireside chat where he talked about the importance of Black heroes, the power of storytelling, and the steps TikTok has taken to encourage positive change.

Today I want to talk to you about the power of stories, from Rocky Balboa and Black Panther to the millions being told on Tiktok. I want to tell you about the magic of storytelling and how positive stories can shape people’s views of themselves and the world around them as well as their ability to change and influence that world.

I don’t need to tell you that 2020 has been a momentous and difficult year for the Black community. Although we’ve seen positive change and people standing up for what’s right and calling out injustices, we’ve been confronted with a lot of negative headlines, images, and emotions. I’m not saying that these negative emotions aren’t justified - I mean how could they not be? The murder of George Floyd, protests against the current BLM movement, and the current discourse in the US presidential race are all very heavy losses to bear.

Closer to home, the stories haven’t always been positive. Stop and search, Colston Must Fall, knife crime in the capital… it’s tough to escape when these issues are clogging up our timelines. Negativity breeds negativity.

There are narratives that we see and hear everyday which end up taking hold in our minds and in the media. They drive fear and distrust. That’s why stories we hear matter so much. They matter because they influence how we see ourselves, how we see the world around us, and how motivated we feel to push for change. The more negative they are, the more they bring us down, the more they can divide us, and the more they make it seem that there’s nothing that we can do.

This year’s been a difficult year for the Black community but out of adversity a new dawn can rise. New heroes are emerging. The first is Marcus Rashford, who was honoured with an MBE for his campaign to end child poverty in the UK. He’s just 22 years old and he’s using his platform and his status and his voice to stand up for those in need.

We also have the model Adwoa Aboah who’s been pictured on the front of VOGUE magazine alongside Rashford. She’s a mental health campaigner using creativity and art to tackle anxiety and loneliness during the lockdown. She’s an incredible person. I’ve met her a few times and she’s amazing.

Next year Zoë Kravitz will play Catwoman in the upcoming Batman movie. Just as Chadwick Boseman - RIP - gave us a Black hero to look up to in Black Panther, I’m sure Kravitz will do the same for girls.

Society is changing a bit for the better too. Recent polling on attitudes in the UK show that, with each passing year, people in Britain are becoming more open-minded in their attitudes about race as well as more concerned about racial inequalities and structural racism.

Despite all the polarisation in politics, we have the most ethnically diverse parliament ever and over the last month we’ve seen the most traditional publicly traded corporations in the world commit to more ambitious diversity targets.

In the world of tech, we’ve seen venture capitalist firms promise to hire and increase their staff and startup funding for Black innovators, all of which gives more Black professionals the chance to build the next big thing or land their dream role. I’m hopeful that these positive stories are more than just stories that there are real commitments that drive real opportunities for people in this tech festival.

Let me tell you about what we’re doing at TikTok too. I’m really proud of the team of incredible black professionals we have. At the start of this month, my Black colleagues across TikTok pulled together Black History, Black Present, Black Future, a grassroots campaign for Black History Month which is built to champion the black community.

At the start of this month, there were some livestreams on Black beauty and fashion, there have been panel events on music and gaming, and there’s been hashtag challenges. I’m incredibly excited to bring celebratory content to over 100 million users across Europe educating users, employees, and partners on Black history in the UK. At TikTok we spend a lot of time thinking about how we can help people tell stories in fun and creative ways. We want to spark joy and creativity and we want to spark positivity. The focus on positive stories is what the platform trades on.

The #myroots campaign has also been central to our Black History Month campaign. You would’ve seen that on the platform and you may have even seen it outdoors across 122 sites. We’ve got murals in pubs and in other social environments, so it’s a really really important and impressive campaign we’ve put together.

The campaign is a place to collect the stories of creators and artists as they celebrate both their African and Afro-Caribbean roots. It’s about pride and it’s about sharing positive energy with the entire tiktok community. There’s no knife crime, there’s no police violence, there’s no negativity that comes with that territory. What we want to focus on is the family and heritage and the culture. With over 100m views in two weeks, the #myroots campaign is how we think we cut through.

Now I won’t pretend for one minute that this TikTok campaign is a silver bullet for societal problems that I’ve outlined today, but when it comes to the types of stories people engage with it’s certainly a step in the right direction. We want you to be part of that too - we want you to share with us what makes you tick and what made you the person you are today. Go onto tiktok and use the #myroots tag to tell us your story and origins. I hope in a small way you all feel energised to look for the positivity in everyday stories and create them yourselves.

The above excerpt has been edited for brevity and clarity. If you’d like to watch Trevor’s full stream and Q&A session, and catch up on 20 hours of additional content here